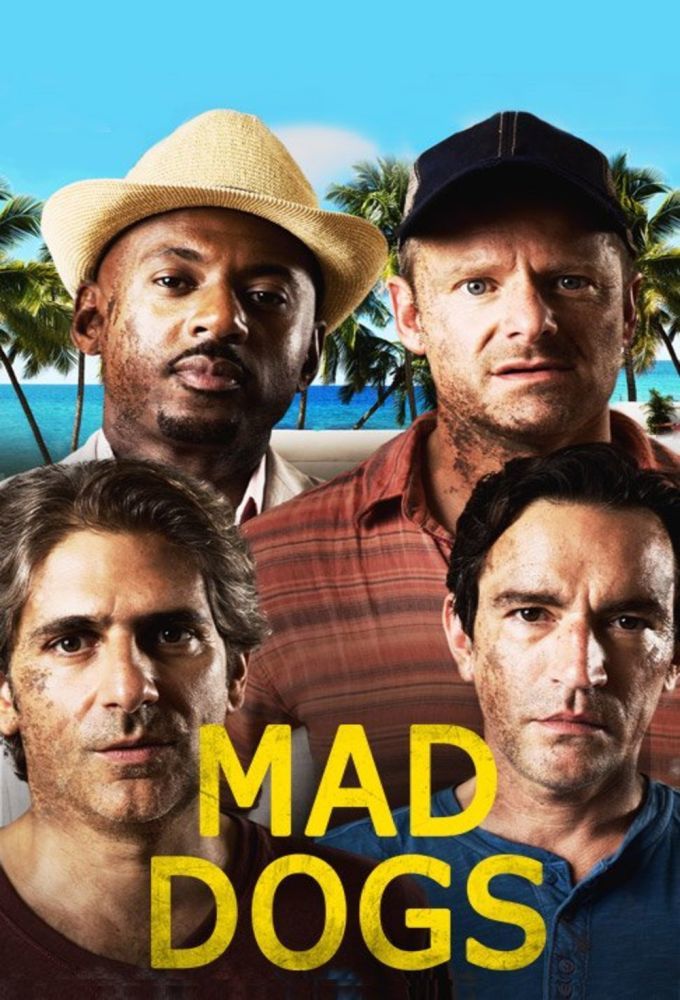 Find out everything about Mad Dogs right here on the Mad Dogs TV show page!

Are you a fan of Mad Dogs TV show? Do you think Mad Dogs should be cancelled or renewed for another season? Stay tuned with the latest Mad Dogs cancel/renew status and news.

Mad Dogs follows the reunion of a group of longtime, forty-something friends—a mixture of single, married and recently divorced, all seemingly at crossroads in their lives. The series stars Steve Zahn (Dallas Buyers Club) as Cobi, Michael Imperioli (The Sopranos) as Lex, Billy Zane (Titanic) as Milo, Romany Malco (Weeds) as Gus, and Ben Chaplin (The Thin Red Line) as Joel.
In the first episode, Cobi, Lex, Gus and Joel gather to celebrate the early retirement of an old friend played by Billy Zane (Titanic) at his gorgeous Belizean villa. But, their camaraderie doesn’t last long as old grudges resurface, secrets explode, and their trip to paradise quickly becomes a labyrinthine nightmare of lies, deception and murder. The series is a tale of friendship put to the ultimate test. Completely out of their element, the guys quickly realize that the only way they can survive this adventure will be by having to trust one another, probably the last people in the world they should.

Find out more about Mad Dogs at the following resources: